Building and driving together,

is the premise of the brand new Multiplayer Surveyor feature currently in closed beta testing. But what is it about and what can you currently do with it? How does it feel to build a route cooperatively together with other players at the same time? 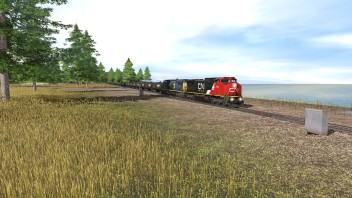 When it comes to what it feels like we can say, pretty cool actually! The times of continously sending .cdp files back and forth to make a route together are finally over, making this a far more efficient approach to the topic of cooperative route building. Explaining building techniques such as for terrain editing is also very easy with this as you can show it to others directly in game who will see your edits in real time. Other peoples compasses are displayed in various colours, as well as their camera positions and terrain/texture brushes. Your own tools will always appear in the standard colour pallette 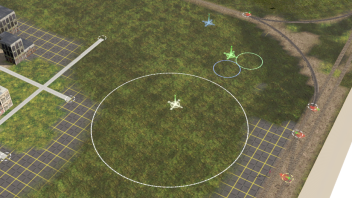 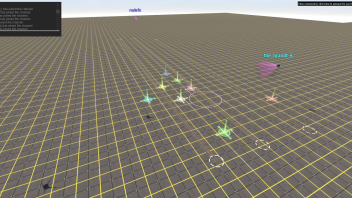 Most of your usual tools are already available and functioning in the current beta builds, but some area tools such as texture fill and copy and paste are still to be reprogrammed to function in the multiplayer environment. However, when working together, texturing large areas quickly is no problem.

While the amount of assets usable in the beta tests is extremely limited, a group of testers has started creating a large route as detailled as possible with the current tools. Almost all of the screenshots in this article originate from that route which can probably be called the first ever serious route created in Multiplayer Surveyor. 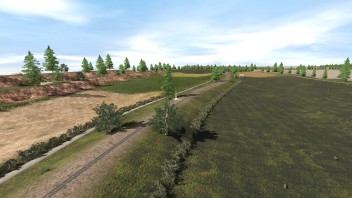 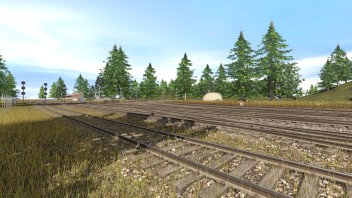 While roaming the route, on which a round-trip currently takes around 2 hours already, many places can be spotted in which people are still working and adding onto the route. In this picture, someone is taking care of adding textures as my train approaches. 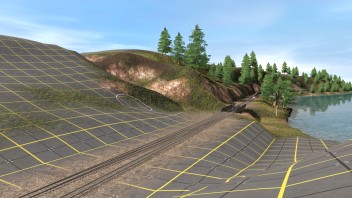 Speaking of trains, the way that trains behave in multiplayer has been fundamentally redone in the last beta builds to adress some ongoing issues with train syncing. While a few issues such as loads not being synced with other players are still there to be worked out, placing and removing trains, coupling and uncoupling has gone quite well so far without the usual "ghost trains" appearing in the session. This reworked system is likely to make an appearance in standard multiplayer as well in the next Service Pack for TRS19, though there is no official statement on this yet. 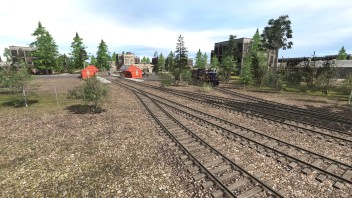 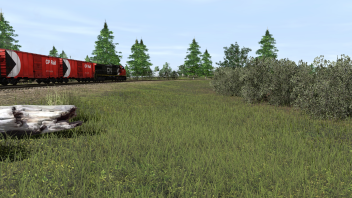 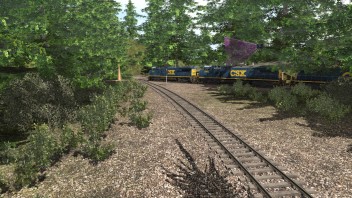 Entertainment was provided by a wagon that embarked on a journey over the layout on its own after being the only thing remaining on track after a collision. Much to the amusement of the testers who followed it until it finally came to a standstill outside the detailled area of the route, although people immediately started putting down some textures to make it look a bit less empty here 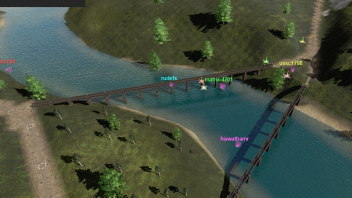 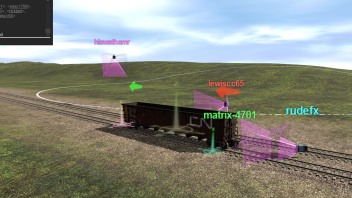 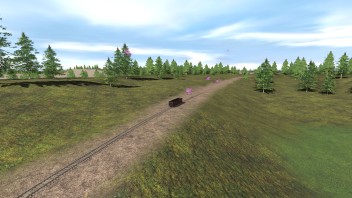 And thats it for today! As you can see, Multiplayer Surveyor opens up a large amount of entirely new ways to enjoy Trainz together with your friends. Testing saw up to 16 players on one route which the game handled without any issues. Only the syncing of objects placed by others slowed down a bit when a lot of players were on the same baseboard area.

We're going to keep you updated if theres any other news coming up to tell about Multiplayer Surveyor. Until then, happy Trainzing!