When communicating with other creators it is sometimes nessescary to discuss something in privat. The forum software used by us and many other German train simulation related forums, "Woltlab Suite", offers a few useful features for that in its "conversation" system

A few days ago, we a piece of content from our download area was reported for apparently using textures from another game without getting the permission of the original authors who made the discussion. After a bit of back and fourth it turned out that permission was actually sought after and had been given, but only by one member of the team that created the textures, and was merely a communication problem.

The "conversation" feature of Woltlab helps to overcome issues like this, as it allows for much more than just sending direct messages between members. When creating a new conversation, it is possible to add multiple users into one thread so everyone can see the messages that others send. It is however also possible to add "invisible" users for which others in the conversation do not know of their presence until they actively participate by leaving a message. This is quite similar to the "Cc" and "Bcc" fields used in E-Mail software.

Starting a conversation with multiple users and contacting them all it once is simple: 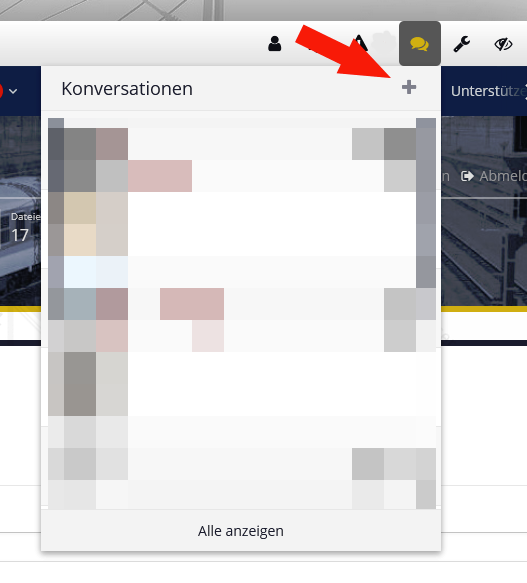 Start a new conversation as usual. 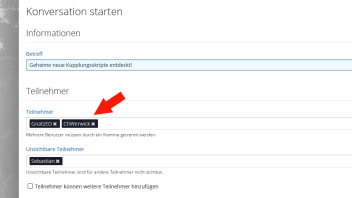 Now simply add further users after the first one. By clicking the X you can remove users you wrongfully added.

You can also paste in a list in the format Username1,Username2,Username3.

When you're the person starting a conversation, you have full control over who is currently a member at any given time. You can remove users and add new ones at any time. The option that lets members in a conversation add other members on their own should be self-explainantory here...

We hope that this little tutorial helps you prevent misunderstandings and reduce the effort when working together with other users, especially when you're exchanging textures, sounds or models with creators from other simulators.

This feature is also not exclusive to TrainzDE, but can also be applied to many other German forums related to simulation games, including but not limited to: transportfever.net, omsi-webdisk.de, rail-sim.de, railsimulator.net!