The next part of the Trainz series has been announced: Trainz Railroad Simulator 2022.

We summarize what the new version has to offer and what options are available to you to buy.

New for all users are functions for the automatic placement of animated TurfFX grass on selected ground textures and a new experimental water system, with which water can be simply painted like terrain. 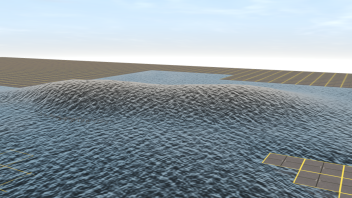 Another innovation is a tool that allows you to automatically write ground textures under splines on the map. This can be used, for example, to quickly apply a ballast texture in the vicinity of rails. 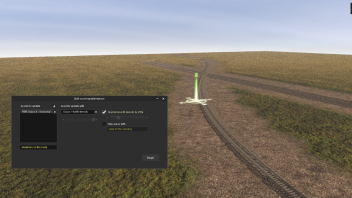 There are no other notable new features for TRS19 Platinum Edition users, but TRS19 standard users can also enjoy the option of switching from driver mode to the editor and calling up some additional camera settings with TRS22.

In addition to the Kickstarter County 2 route for tutorials and fun in multiplayer, which is already known from TRS19, TRS22 also contains five other "new" routes:

The probably most "boring" route in TRS22 with a length of just 13.5 km is a revision of a route that originally appeared in 2018 as a freeware route for T: ANE and represents a small branch route in south-west England, which branches off the main route on a single track.
The most interesting thing about this route is probably the included rolling stock, because there are completely new models according to the PBR standard for the British series 153, 47 and "Mark 1" passenger cars.
If the route is too boring for you, we recommend a look at the DLS: Under the name "Cornish Railways" there is a considerably longer version by the same author as this route, which is about 130km (2 hours travel time) of the main route between Penzance and Plymouth as well as a realistic replica of 9 other branch lines besides the Looe Valley Line. And best of all: TRS19 users can already download this large route completely free of charge! 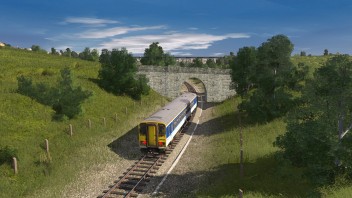 This route leads from Denver in the American Rocky Mountains to Hot Sulfur Springs. It was created by the same track builder as Sebino Lake for TRS19. An Amtrak locomotive of the "Genesis" type and "Superliner" double-decker coaches are also supplied with new rolling stock.

The second freeware route in the starter package for TRS22 should be familiar to most in our forum: a fictional German route that has everything to offer. Main line, high-speed line and branch lines. The ICE 4, which is already known from the Train Simulator, is supplied as the vehicle by 3DZug.

With a total travel time of around 3 hours while adhering to all speed limits, heavy freight trains in particular meander through the southern Ural Mountains through the Bashkortostan region in Russia, the border between the continents of Europe and Asia. A Soviet type VL82 locomotive is included. 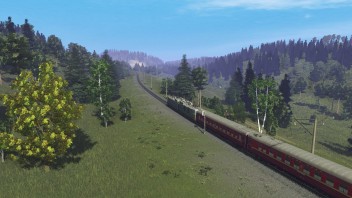 TRS22 also offers an authentic series from the game series' country of birth. With a length of around 100 kilometers, the simulated route on the Gippsland Railway Line extends westward from Bairnsdale to the end of the route in Orbost. The line, which was closed in 1994, can be explored in Trainz as it was in the 1970s and 80s with an authentic Victorian Railways T series locomotive and offers a typically Australian atmosphere and one of the most detailed engine driver's cabs in Trainz. 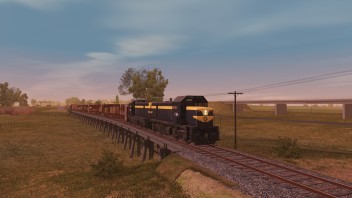 There are two options for purchasing TRS22: First, you can purchase the game individually for $ 70 (around € 62). On the other hand, the following option is available until January 15th: You can also take out an annual "Trainz Plus" subscription for the same price, which offers the game, an FCT during the subscription period and some other features. After the end of the subscription you will still keep TRS22, so you can easily take out an annual subscription and then cancel it directly so that you don't forget it later.

If you are already in a TrainzPlus or Gold subscription and extend it for a full year until January 15th, you will also benefit from this option.

The release is planned for spring 2022. If you buy now, you can try out the current version of TRS22 with Beta and Early Access.